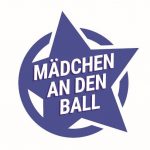 The Munich-based Education and Culture Association (BIKU e.V.) works mainly with freelance employees and has several different pillars. Among other things, the “A.PPLAUS” project, which offers inexpensive and exciting holiday courses such as theater, aerial silk or acrobatics. Moving Child’s attention was particularly drawn to the “Girls at the Ball” project last year. Under this title, BIKU e.V. organizes free football training with an integrative approach for girls with and without a migration background. This is where girls come together, interact and communicate through sport. “Mädchen an den Ball” is aimed at girls between the ages of 6 and 17, for whom there are often fewer extracurricular sports activities than for boys. Sport conveys new self-confidence and strengthens social and intercultural skills. The aim of the offer is to give girls the opportunity to interact free of gender constraints and role models and to cast off external expectations in the process.

What started as a small but very important idea in 2007 has now become a far-reaching offer. Every month up to 800 (!) Girls come together to play football at 8 locations in Munich. But it shouldn’t stay that way. The success of “Girls on the Ball” is making waves and by 2024 a total of 32 locations have asked to establish the project with them too. However, in order to guarantee the quality assurance of the project, “only” 6-8 new locations will be opened per year. Because “girls on the ball” is not just simple soccer training. All locations have their own dynamic that allows them to be adapted to the respective conditions and needs of the group. It is about combining the aspects of culture, sports and social education. But it is also a feminist work that aims to “make girls visible”, especially in male-dominated sports facilities.

It is important that everyone involved understands that the project is not just about inclusion, but also about emancipation. The soccer game also allows girls with physical, psychological, mental or language handicaps to playfully find a place in a safe and supportive group and all participants gain self-confidence through their game and the support of the group. The supervisors at all locations must internalize these background ideas and help to implement them. At each location there is therefore a permanent team of four consisting of a location manager, two coaches and a cultural educator: in. There are currently 24 coaches involved in the project, but the team is gradually getting reinforcements. Moving Child supports BIKU e.V., for example, by financing trainer training to strengthen staff at the sports fields.

In the long term, it would be conceivable and very nice if “Girls at the Ball” could establish itself throughout Germany and not only support girls directly, but also draw attention to the unequal representation of boys and girls in public spaces . In this context, a pilot project is initially planned in Augsburg, which will then hopefully also initiate the future nationwide opening of “girls to the ball”.