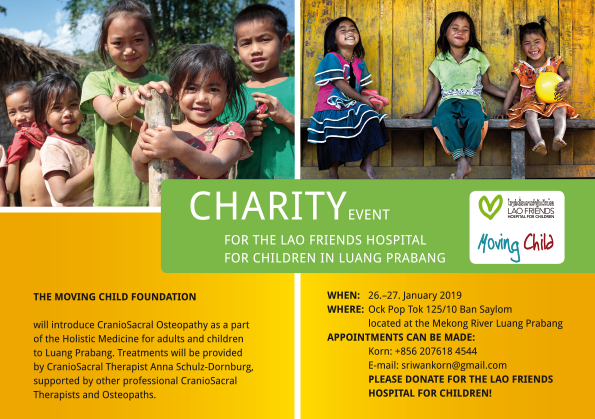 In November 2018, we travelled to Luang Prabang for the fifth time. We felt – despite our 9 months absence – immediately back home. Since we started supporting the children’s hospital, we have been deeply impressed again and again with the speed and dynamic with which it is developing. This fills us with deep gratitude, which we gladly share with all donors and supporters. The longer we were in contact with the children’s hospital, the more concrete became Anna Schulz-Dornburg’s idea and desire to support children and adults in their healing process after sickness, trauma, or surgery. Her plan was to offer holistic medicine in form of Biodynamic CranioSacral Therapy to interested people and also for children after their treatment at the hospital.

The idea to organize a charity event for the children’s hospital took shape and the Ock Pop Tok Living Crafts Center kindly offered its premises. EAST MEETS WEST – was the translation of Ock Pop Tok, and that was the spirit we integrated in our project and in our work. The atmosphere was very fitting for the charity event and created a welcoming inter- and transcultural context. With flyers in English and Laotian, we reached out to people who were interested in charity events and wanted to experience Biodynamic Craniosacral Therapy. Additionally, a monk, and close friend of ours, supported the charity event as well, interesting many people from the Buddhist community.

We formed a competent and motivated team:
Anna Schulz-Dornburg, alternative medicine practitioner, physiotherapist, and cranio-sacral therapist, initiated, shaped, and supported the charity event through the power of her vision and her long-term professional experience.
Korn Sriwan, Spa manager and biodynamic cranio-sacral therapist, was and is an important co-organiser and acted as a bridge between cultures – both organisationally, therapeutically, and linguistically directly with the participants of the event.
Gertraud Leimstättner, alternative medicine practitioner, conducted the local organisation, gathered the anamnesis questionnaires, and, with the help of a translator, investigated the concerns and ambitions of each participant.

On the two days of the charity event, 22 adults and two children got into contact with Biodynamic Craniosacral Therapy. The interest was encouragingly much greater than we expected. We were happy to find that in addition to the registered participants, a number of other interested people attended, whose curiosity about CranioSacral Therapy had been sparked by hearsay.

From the start, it was important to us to create an atmosphere of trust and orientation. Information, education, and the possibility for participants to freely decide how far they wanted to get involved, helped to make the charity event a full success. According to feedback, the participants got a taste of the possibilities available to them – how this method can help and lead them to improve their own holistic feeling with their structural, physical and energetic sensations, and to sense their autonomy and self-efficacy. 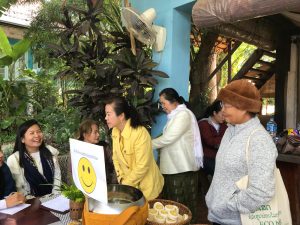 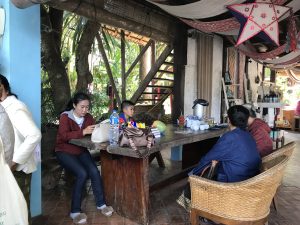 “I can feel my heart again”

“I feel internally upright and permeable” 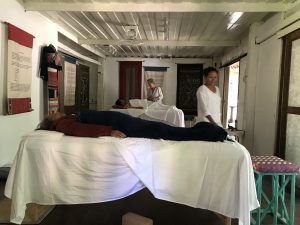 The participants donated according to their resources. The entire revenues were immediately and directly handed over to the children’s hospital in Luang Prabang.

“We want to thank you very much for organizing the fundraising event in Luang Prabang. We received your donation and we wanted you to know that we truly value all the efforts you did and also the very nice involvement of the community you had in your event.” Anabella Coria Zavala, Director of External Relations Lao Friends Hospital for Children & Friends Gallery, Healing Children. Healing Laos.

In any case, these two days were a gift and truly fulfilling pioneering. Inter- and transcultural encounters took place in different contexts and it was a touching and enriching experience for everyone involved. For next year, a whole week of Biodynamic Craniosacral Therapy is going to be offered in the course of a second charity event. 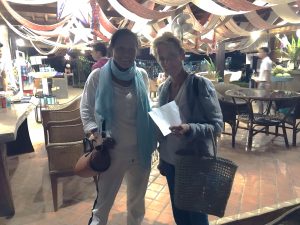 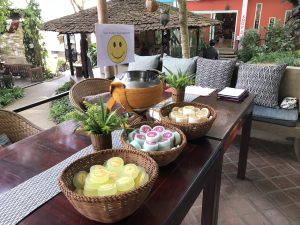 OPENING OF THE NEONATAL STATION AT FRIENDS WITHOUT A BORDER (FWAB) CHILDREN’S HOSPITAL IN LUANG PRABANG, LAOS

Very soon after our arrival, we visited the children’s hospital – curious about the progress and expansion of the neonatal station. It is now possible to medically treat and support 23 premature infants there simultaneously. An only 7-months-old baby was born during our visit at the hospital. We were able to witness how it powerfully expressed its strong will to live. This experience was deeply touching. Thanks to the medical care at the neonatal station, the chances of survival for these children are now very high. Just 3 months ago, this baby would not have had a chance of life.

Today, even children born with an abdominal cleft (gastroschisis) can receive life-saving medical treatment here. In “western” hospitals, a diagnosis such as this can be made already prenatally with ultrasound and if necessary be operated on immediately, but to date the medical care in Luang Prabang is far from that state of preventive care.

A heartfelt thank you to all donors, who supported and enabled the opening of the neonatal station with their generous donations.