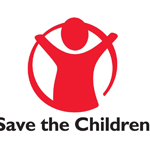 The Republic of Yemen is the scene of the largest humanitarian crisis in the world. For six years, Yemen has been a region in crisis with about 21 million people (2/3 of the total population) – of which approx. 11.3 million are children – urgently need humanitarian aid.

What is the conflict about?

The Republic of Yemen was established only in 1990, but for a long time has been considered the poorest country in the Arabian Peninsula. In 1990, the Yemen Arab Republic in the north and the Democratic People’s Republic of Yemen in the south (also called North Yemen and South Yemen) united. Northern Yemen is considered conservative and is strongly influenced by neighbouring Saudi Arabia. Unlike southern Yemen, northern Yemen was almost consistently an independent country. Until 1967, southern Yemen belonged to the British colonial empire. After its independence, the country joined the Soviet Union. Over decades, the countries had developed very differently. The different Muslim faiths also shape the life of the population: Shiites live predominantly in the north; in the south the majority of people are Sunnis. Therefore, the conflict in Yemen is also a religious one.

Already in 2004, there were major political unrests, which led to the resignation of the president as part of the “Arab Spring” in 2012. A transitional government announced new elections and a new constitution, but these plans were never implemented. Since 2015, the Huthis (a political-military movement, formed mainly by Shiites in the north) and a military alliance (mainly Sunnis in the south) have been fighting for supremacy in Yemen. More than four years ago, the Saudi coalition of Arab states intervened, with Western support, in the struggle between the Yemeni government and the Iranian-backed Huthi militia. The war in Yemen is thus not only fuelled by internal conflicts in the poorest country in the Arab world, but also by the regional conflict between Saudi Arabia and Iran. Thus, a violent conflict with international parties developed from the civil war. Western military support for the Saudi alliance is a major factor in the Yemeni war. The United States supplies arms and ammunition, and German companies are also involved. Several human rights organizations have therefore filed charges at the International Criminal Court in The Hague. Among others, the complaint is aimed at Rheinmetall; the Düsseldorf Group’s bombs were allegedly used in Yemen. The European aircraft manufacturer Airbus was also sued as the Saudi Air Force was deploying Airbus aircraft in the conflict.

The conditions in Yemen are dramatic.

Since 2015, active fighting, bombing, air strikes and attacks have been a daily occurrence. 250,000 people are said to have lost their lives, according to the HNO (Humanitarian Needs Overview 2021). A political solution is not in sight. Every day, an average of 120 children under the age of five die from preventable causes. Meanwhile, there is hardly a child in Yemen who does not need urgent humanitarian assistance. As a result of the conflict, hundreds of thousands of families have neither enough to eat nor drink; the people are starving. More than 2.5 million children under the age of five are acutely malnourished; 400,000 of those children are on the brink of starvation. Many children can no longer go to school because 75% of the schools are bombed or because they have to help support their families. In addition, there are diseases such as cholera, diphtheria, and dengue fever. All of these diseases are life threatening if untreated. The proportion of children under the age of 15 that are newly infected or dying is increasing because many children are already weak due to malnutrition.

Since May 2020, the number of deaths attributable to COVID-19 has increased dramatically. The situation is very critical. Several hospitals in the capital Sana’a are closed because there is not enough protective wear for employees. Many people with COVID-19 symptoms are rejected by hospitals. Meanwhile, the health care system in Yemen has collapsed – 50 percent of hospitals have been destroyed, doctors and medication are missing. Since the beginning of the global corona pandemic, a ceasefire has already been announced twice, but has not been executed. The fights prevent effective prevention against further spread of the virus.

Why are we supporting Save the Children?

‘Save the Children International’ (SCI) was founded in 1919 by the teacher and social reformer Eglantyne Jebb in Great Britain. Since then, it gained 25,000 employees worldwide, who are committed to the rights and protection of children. The basis of their work is the UN Convention on the Rights of the Child and they are particularly distinguished by the intensive involvement of those affected by the crisis in project development. The organization has internationally a very good reputation as a charitable institution and regularly receives high marks in foundation rankings (e.g., charity navigator or the DZI). The organization is very efficient and transparent in terms of its use of funds and participates in the Transparent Civil Society initiative. The German national organization “Save the Children Deutschland e.V.” (SCDE) was founded in 2004.

Save the Children has been working in Yemen since 1963, among others in the fields of education, child protection, health, and nutrition. Since the beginning of the conflict in March 2015, they have reached more than two million children with their emergency assistance. Some 850 local and international staff and more than 2,000 volunteers are active in Yemen. Save the Children is the largest international NGO active in Yemen and involves many national partners in its work. Through their strong commitment, it is possible for Save the Children to negotiate with both parties and to work both in the North and in the South. Their many years of experience in regions of crisis are of inestimable value for their work in Yemen. Over the past year, Save the Children staff has operated 23 hospitals and 167 health centres across the country, providing clean water and solar power. The activities of Save the Children include

Furthermore, Save the Children is campaigning for an immediate end to the war. As long as the war continues, no reconstruction work can be done. In order to end the suffering of children and other civilian victims in Yemen, a ceasefire must be implemented as soon as possible.

Why does Moving Child want to help right now and especially in Yemen?

Moving Child supports financially disadvantaged infants, children, and adolescents worldwide. We primarily support basic health care as well as education. These fundamental issues are particularly affected by the war in Yemen. Almost two million children under the age of five are acutely malnourished and without further support, 360,000 children might die of starvation in 2021. Malnutrition is not a short-term symptom, but leads to mental and physical developmental disorders and lifelong delays. The situation is particularly aggravated, as the destroyed port in Hodeida makes the delivery of food, medicine, and goods very difficult. To prevent a famine in Yemen, at least 3.85 billion euros in funding would be needed. However, the UN has promised only half ($ 1.7 billion). In the current context of the Corona pandemic, and the associated spending, many countries have withdrawn or severely cut their support. The UK, for example, has discontinued 60% of their previous funding.

The war in Yemen is particularly damaging to the civilian population and children are particularly affected. Now, why do we feel responsible? Not only because we believe that all children have a right to health, education, and security, but also because Germany is an arms supplier to the conflict. As in previous years, Germany also approved further arms exports to countries involved in the Yemen war in 2019. The death, the mutilation and the destruction in Yemen are therefore also due to German weapons. We have a responsibility to help people and should, wherever we can, put pressure on them to end this war.

A recently launched global initiative by SCI is called “Safe back to school“. This initiative is a response to a little-noticed consequence of the global pandemic: the persistent drop-out of school and end to the education of many children. The cessation of schools at the beginning of the pandemic affects more than 11.5 billion children worldwide and it is estimated that about 10-15 million of them will not return to school at all. ‘Safe back to school’ plays a very special role in Yemen, as many schools were destroyed by the war and even the walk to school is not safe anymore. Parents keep their children at home because the roads and schools are too dangerous. But education is essential, especially for girls and young women, who need education as a foundation to become independent and allow them alternatives to marriage and the role of housewife.

If you want to help or are interested in more information, please contact us or the Save the Children team! Or donate via one of the other doantion websites listed below.