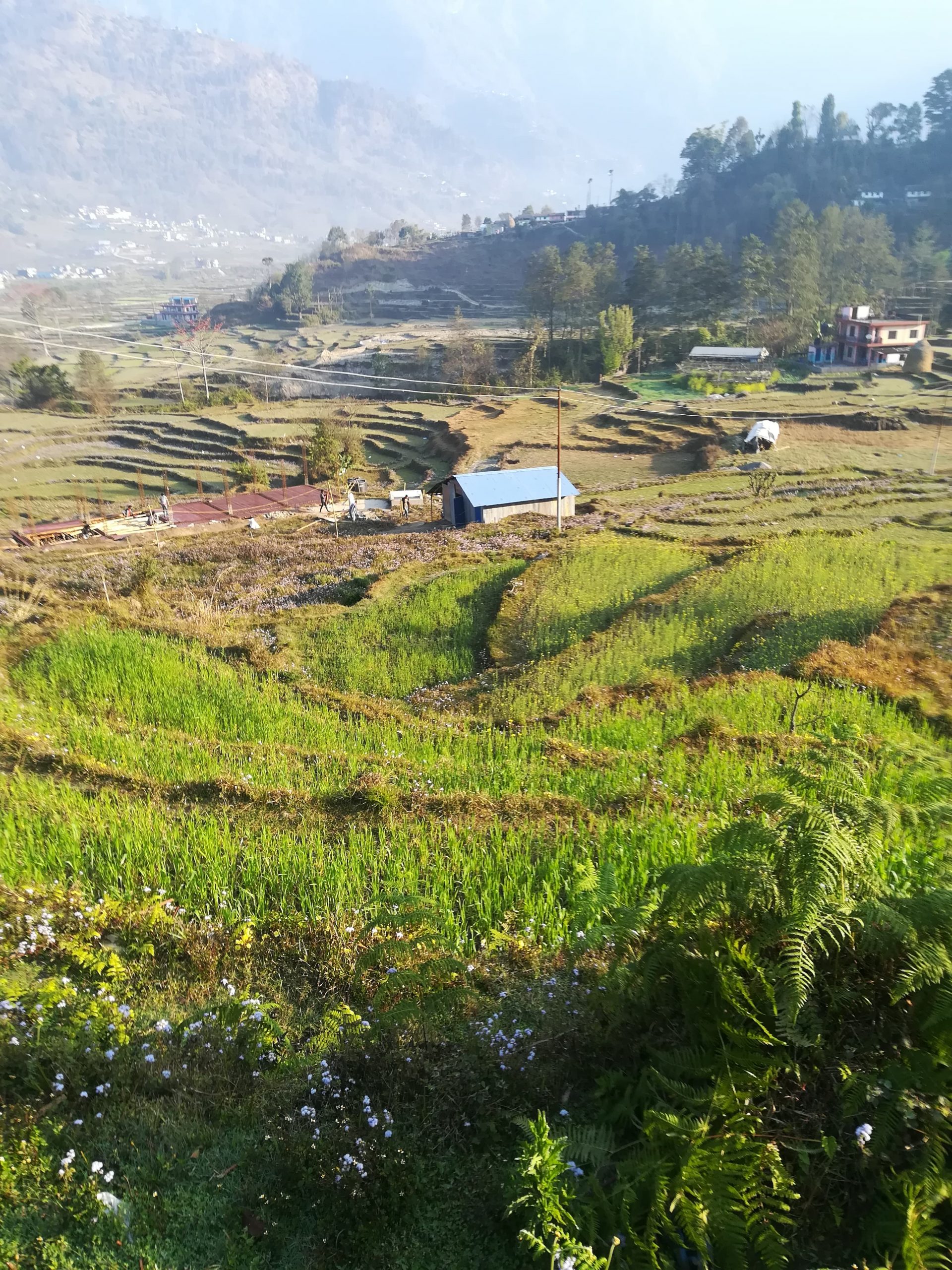 Hands With Hands is an association of international and Nepalese friends who work on a voluntary basis on the vision of solidarity with one another. They support Nepalese people and organizations and initiate and finance projects that promote empowerment of the local people and communities. Be it in the engagement for children, the establishment of microcredits, or the promotion of renewable energies: Hands With Hands relies on long-term commitment and helping people to help themselves. Their mission statement is “Give the net and not the fish”. In 2013 Moving Child was last in Nepal to visit and observe the work of Hands with Hands directly. A lot has happened since then.

The self-sustaining Annapurna children’s home in Pokhara is the association’s main project at the moment. The Annapurna eco-village project is a joint concept of Hand With Hands together with the eco-architecture office “Abari”. The planned children’s home is a very special one: it is adapted to the local conditions, because every year there are several earthquakes in this region with a magnitude of 4.2 – 5.2 on the Richter scale. It is therefore important to build sustainably and, above all, earthquake-proof. The children’s home is located at an altitude of around 1050 m, but due to the terraced structure of the country, it seems to be idyllically situated in the mountains.

After several years of preparations, construction work has now started this year. In fact, despite the country’s corona-related lockdown, all four foundations were ready in time for the onset of the monsoon! The construction project will also act as a role model when it comes to environmentally friendly, sustainable construction in an earthquake region. Most of the building materials are from local sources. Treated, weather and insect resistant bamboo is used as the main cladding material and will also be used for the furniture. Bricks made from dried and pressed mud are light, easy to work with and robust; good building material for the earthquake-ridden region. Other building materials that had to be imported, such as cement and iron, were mainly used for the foundation. Here, too, Hands with Hands was lucky: Most of the imported materials have already been used and do not have to be bought at the greatly increased prices that are expected after the lockdown. The road that leads to the children’s home is also being expanded so that in the future the school bus can access the home directly. 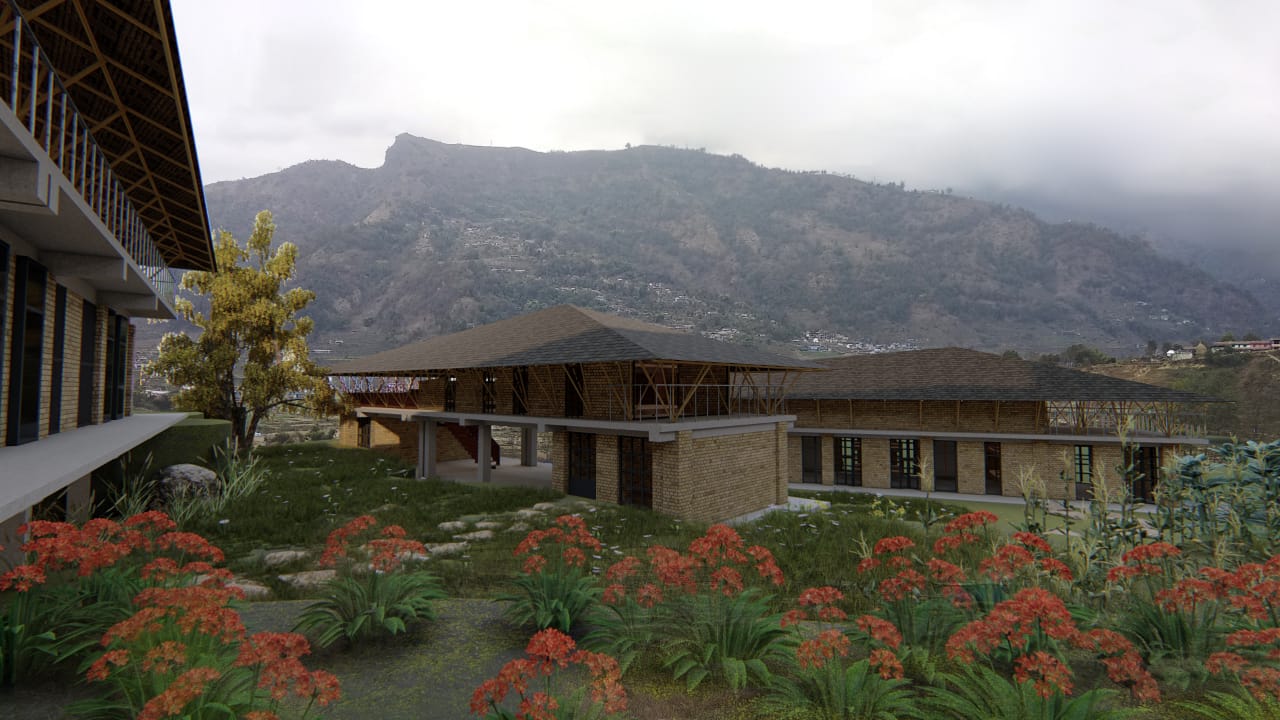 The construction work will take about three years. During this time, the (currently) 39 children are still housed in temporary accommodation within a 20-minute walk of the new site. When the buildings are completed, the Annapurna children’s home will have a capacity for 55 children; with an extra area for babies and toddlers.

The employees are already growing vegetables and cereals on the land that belongs to the site, thus covering 80-90% of the needed food for the children’s home. Self-sufficiency was particularly important during the country’s lockdown, and food could even be shared with the particularly poor from the neighbouring villages. The construction workers, who were not allowed to leave the property during the lockdown, could also be well looked after. During the difficult times in the last few months, the children were also involved in the harvest work. It gave them the opportunity to move during the lockdown and allowed them to learn important skills that will be useful to them later in life. Although of course there were difficulties to overcome, schoolwork was not neglected in past months; despite the pandemic. Tutors even came up from the next village and the children helped and supported each other. The older children in particular helped the younger one’s to study and to do their homework. 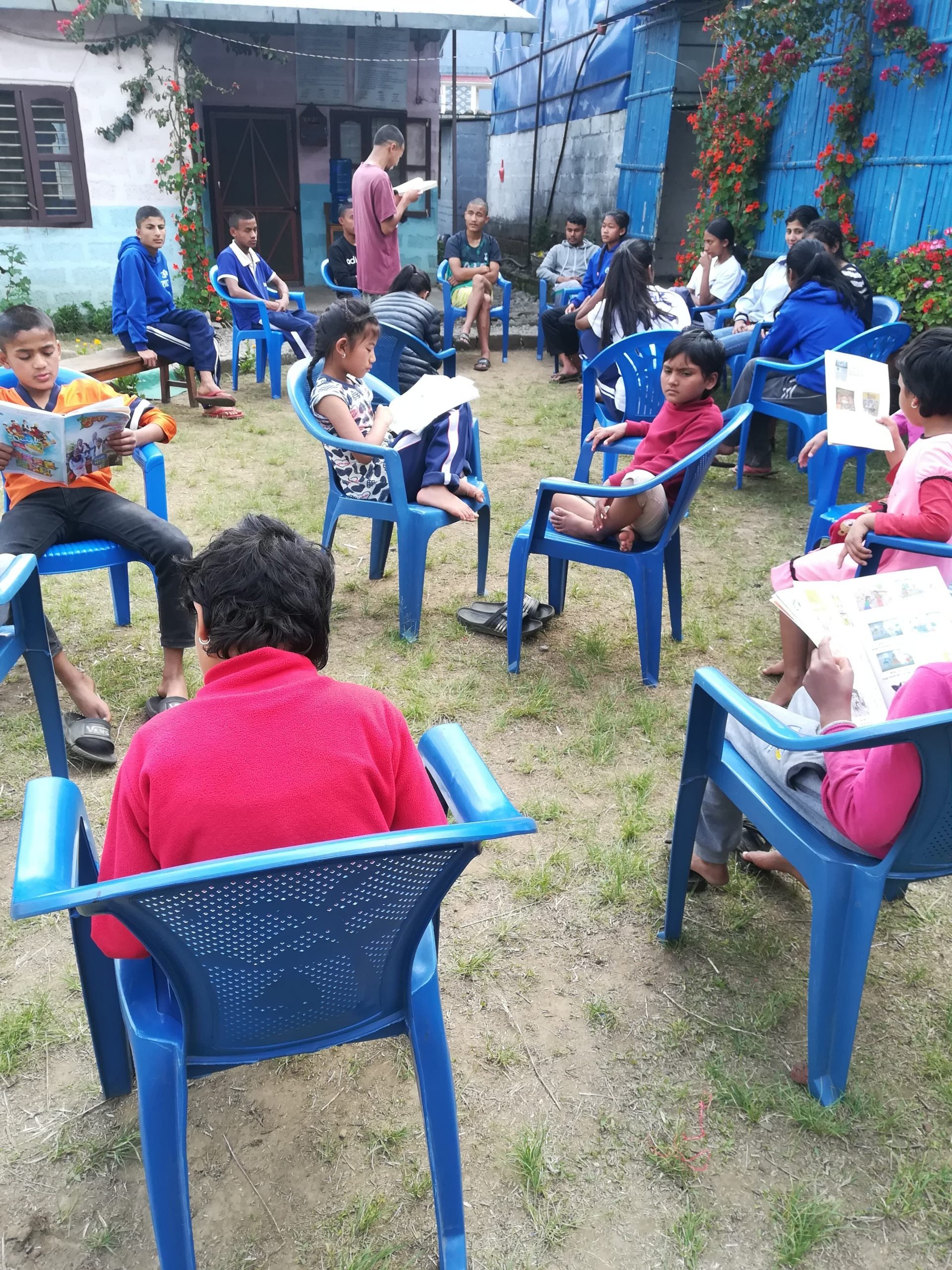 This year, some of the children have grown up and taken up a profession. One young woman joined the military, a profession that is highly respected among the population. Another started an apprenticeship in a bakery, and another has been hired to be trained as an accountant in a bank.

None of this would be possible without Sharada. She is the director of the children’s home and the good soul of the project. She works with the children, some of whom are severely traumatized. She strengthens team spirit and arouses motivation where there has been none for a long time. Many of the children have had traumatic experiences in the past and have been mistreated. Sharada manages to give the children a feeling of togetherness and to create a new family. Annual “brother-sister” celebrations are organized and mutual care and responsibility for one another are required of the children. The children are shown that they have a place in this world, a home and that they are loved. A priceless treasure. 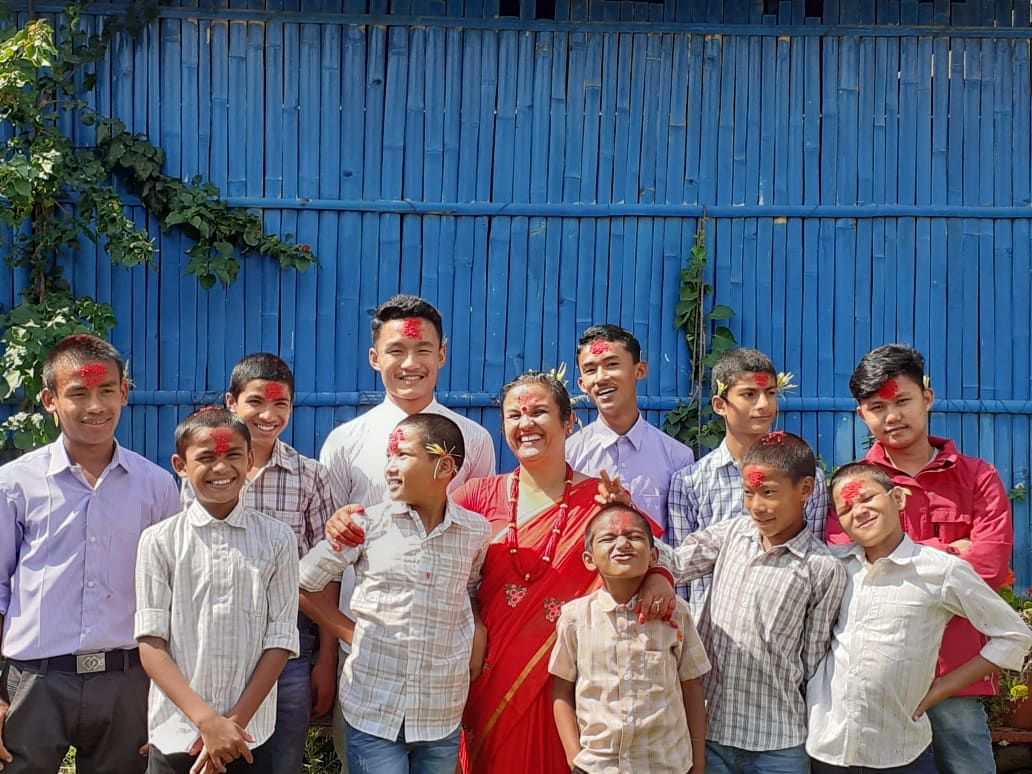 It is July 2020, we from Moving Child are sitting in the living room of Kira Kay, one of the founders of Hands With Hands, and enjoy her calm, warm presence. For Kira, working with the children in Nepal is a calling and you can feel it. At some point the term “moving hands” comes up – a slip of the tongue that hits the mark. We feel connected and enjoy the synergetic relationship that we have had with Kira for years. Her deep connection with the country and its people is practically tangible. After Kira finishes her report, we are speechless, moved. We are happy that we can contribute to the progress and development of such a project with Moving Child. But above all, we are glad that we know people who dedicate their energy, their work, and their lives to such an extent to the well-being of others and who make this world a better place.